in collaboration with Angelica Falkeling.

This place has the smoggy look as the opening scene of Fargo. Kumiko thought the money was real and went for a hunt. James Bond drove with his car over Vatnajökull and close to Eyjafjallajökull R2-D2 with Chewbacca and some Stormtroopers were seen.

Emotional Channel is the title of a project by Anna Łuczak and Angelica Falkeling. The subjects of lifestyle and precariousness are seen through the lens of cinema, exploring current living and working conditions. Shaky life and its agency is contested via a viral drone footage. They speak, talk and make with and through the female body from an intersectional point of view while exploring contemporary images of labor.

As part of Emotional Channel they use their own electronic devices (laptop and smartphones) with its available software (Instagram, DaVinci, Google Docs and Youtube) and whatever they can lend for free to push what can be shown and told in the scale of the domestic when collaboration and storytelling are co-opted by social media influencers through their handmade commercials.

In October 2018 Angelica and Anna spend a month-long working period at Skaftfell Art Center in Seyðisfjörður on East Iceland. Here they put their own bodies at stake via side jobs, Anna as a baker and Angelica as a media marketing translator. Through their anecdotes, aspirations, fragments and documents it’s put into play via their staged personas by proposing an alternative artistic geological ground to live and work from.

Seyðisfjörður is inhabited by around 700 people, and it was once thought to become the Icelandic capital but Reykjavik landwise had the potential for expansion, and won. The fjord is located between two mountains, Mt. Bjólfur and Strandartindur. Seyðisfjörður had the country’s first electricity line and telephone communication abroad. Today it makes most of its money from a small fishing factory and the weekly arrival of a ferry from Denmark and departing tourists. 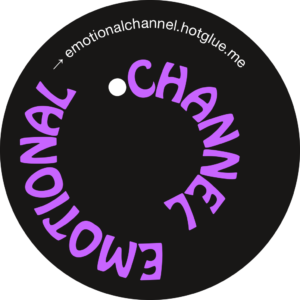